END_OF_DOCUMENT_TOKEN_TO_BE_REPLACED

Global Rally Against ISIS — For Kobanê — For Humanity
ISIS [has] launched a major multi-front military campaign against the Kurdish region of Kobanê in northern Syria. This is the third ISIS onslaught on Kobanê since March 2014. As the ISIS was unsuccessful on the two previous occasions, they are attacking with larger forces and want to take Kobanê.

In January this year, the Kurds in western Kurdistan (Rojava) established local administrations in the form of three cantons. One of the three cantons formed is Kobanê. The Turkish border is to the north of Kobanê and all the other sides are surrounded by ISIS-controlled territories. The ISIS has approached the Kobanê borders, using US made heavy weapons. Hundreds of thousands of civilians are threatened by the most brutal genocide in modern history. The people of Kobanê are trying to resist using basic weapons against the most brutal attacks of ISIS terrorists, with only the assistance of People's Protection Unit in Western-Kurdistan, the YPG and YPJ, but without any international help.

Therefore a Global Rally against ISIS — for Kobanê — for Humanity is vital.

The so-called international coalition to fight the ISIS, have not helped Kurdish resistance effectively despite witnessing the ongoing genocide committed against Kobanê. They have not fulfilled their real international legal obligations. Some of the countries in the coalition, especially Turkey, are among financial and military supporters of the ISIS terrorists in Iraq and Syria.

Therefore a Global Rally against ISIS — for Kobanê — for Humanity is vital.

If the world wants democracy in the Middle East, it should support the Kurdish resistance in Kobanê. Democratic autonomy in Rojava promises a free future for all peoples in Syria. In this regard, the "Rojava Model"—the secular, non-sectarian, democratic position in Rojava—is the model which practices unity in diversity.

We encourage people all over the world to show their solidarity with Kobanê. Go to the streets and demonstrate.

We urge you to join the Global Rally for Kobanê

Support the Resistance against ISIS – for Kobanê – for Humanity!

Statement issued by Turkey Civic Commission and Peace in Kurdistan.

See our last post on the struggle in Kobani.

Photos of global mobilization for Kobani 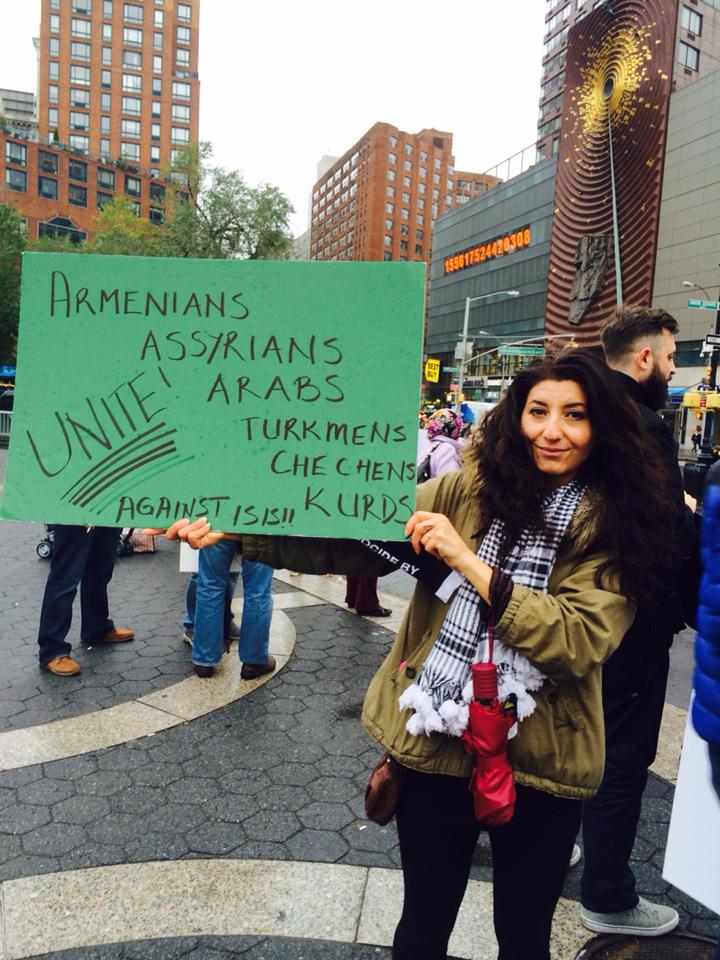