END_OF_DOCUMENT_TOKEN_TO_BE_REPLACED

From Our Daily Report 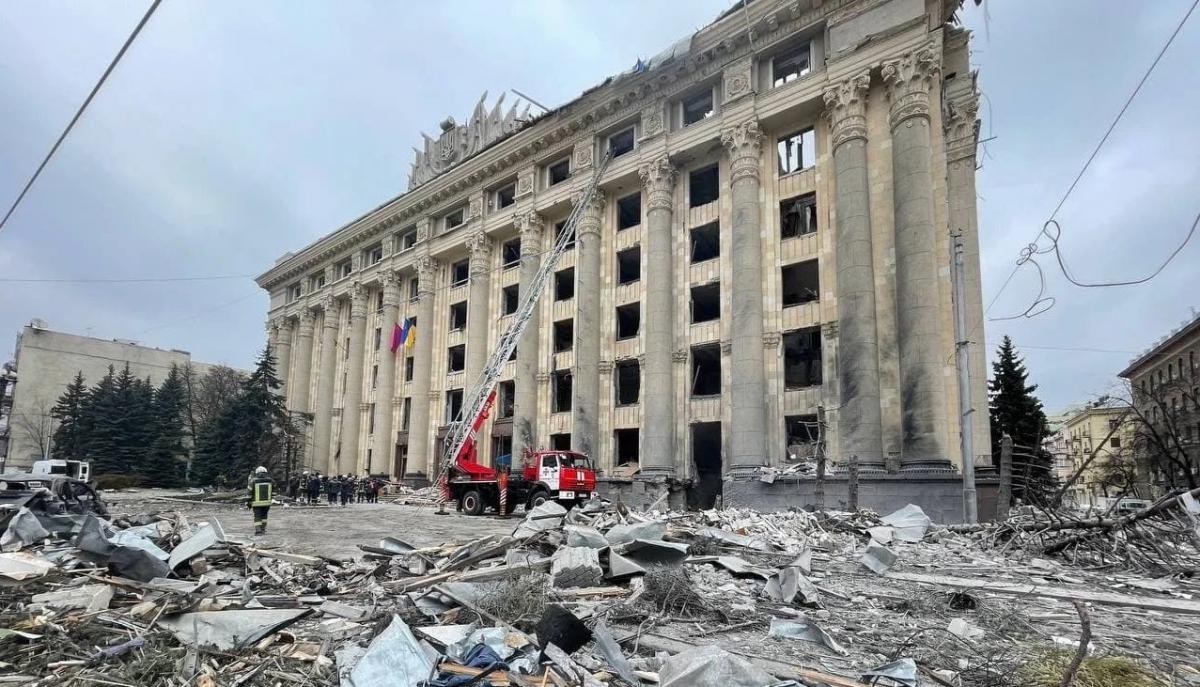 The war in Ukraine has left cities in ruins, displaced 12 million people, and brought the world to the brink of nuclear disaster. Why did Putin invade Ukraine?

Upon launching the invasion at the end of February, Putin said his aims were ensuring that Ukraine is “neutral,” “de-nazified” and “demilitarized.”

Putin has appropriated the rhetoric of anti-fascism, and his state-controlled media have for years portrayed the Ukrainian leadership as “Nazis.” Increasingly, the words “Ukrainian” and “Nazi” are used interchangeably.

RUSSIA'S STRATEGY TO DESTABILIZE THE BALKANS 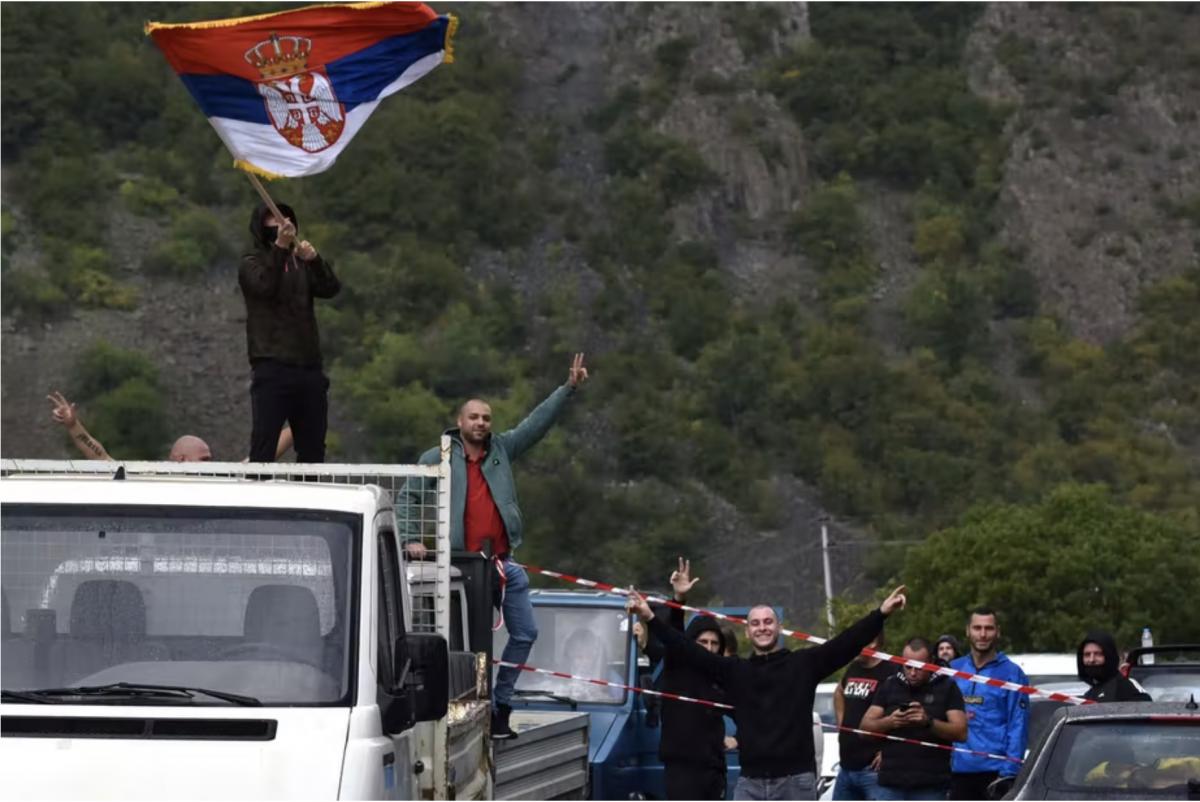 Russia's relationship with Serbia, a state in the heart of the contentious Balkans, will almost certainly be leveraged to imperil European security for the foreseeable future. Serbian President Aleksander Vucic, a former Europhilic parliamentarian turned autocratic leader, continues to advance Russia's destabilizing efforts in the region. Russia's close relationship with Serbia allows for the Kremlin to develop ties with nationalist elements in the Serb diaspora throughout the Balkans to destabilize Kosovo, Bosnia, and other pro-Western states in the region.

RUSSIAN GENOCIDE OF THE UKRAINIAN NATION 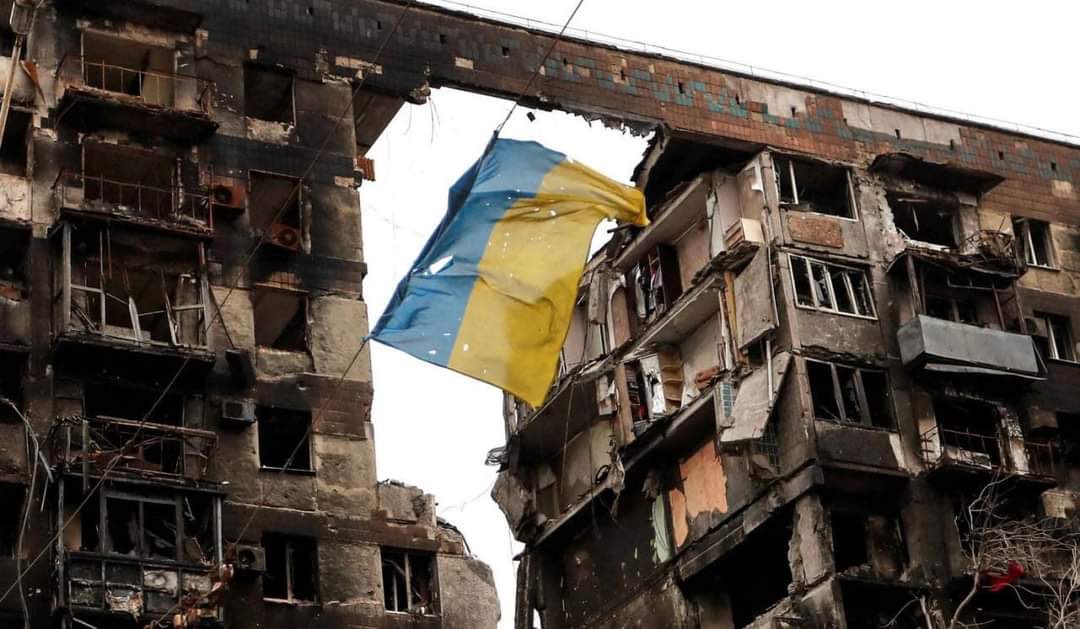 Russia's unprovoked aggression against Ukraine has sparked a strong international reaction, with most states referring to the actions of the Russian army as war crimes. A number of parliaments and heads of state have recognized that yet another international crime—genocide—is being committed by the occupation's troops.

Poland's parliament, the Sejm, was the first to pass a resolution in March, strongly condemning "acts of genocide…committed on the territory of sovereign Ukraine by the Russian Federation armed forces, together with its allies, at the behest of military commanders being under the direct authority of President Vladimir Putin."

CRIMEA: LEGACY OF THE DEPORTATION

Crimean Tatars Again Being Erased from History in Their Homeland 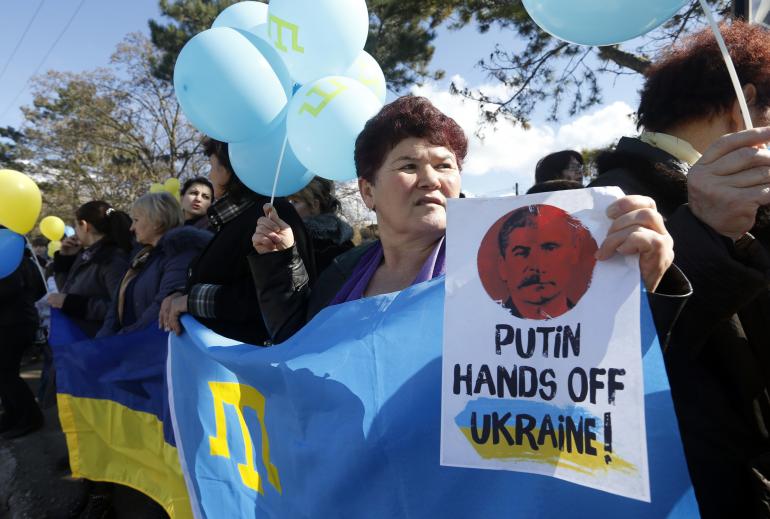 May 18 is commemorated as a memorial day of the victims of the genocide of the Crimean Tatar people. On that day in 1944, Joseph Stalin began an operation to deport the entire population of Crimean Tatars who had survived the German occupation of the peninsula. Over 200,000 Tatars, baselessly accused of collaborating with the Nazis, were expelled in just two days. In packed and locked railroad cattle-cars and with few provisions or water, they were sent on an arduous journey to remote locations in Central Asia and Siberia. Over 46 percent of the Crimean Tatar people perished during the trip or in the first two years of the exile due to the harsh conditions. A year after the deportation, when World War II ended, demobilized Crimean Tatar soldiers were sent from the Soviet Army directly into exile too.

Only in 1989 did the USSR condemn the deportation, after which the indigenous people of Crimea started returning to their homeland. The deportation was recognized as a genocide by Ukraine in 2015, and afterwards by Latvia, Lithuania and Canada.

APOLOGY TO THE 'WITCHES': WHY NOW? 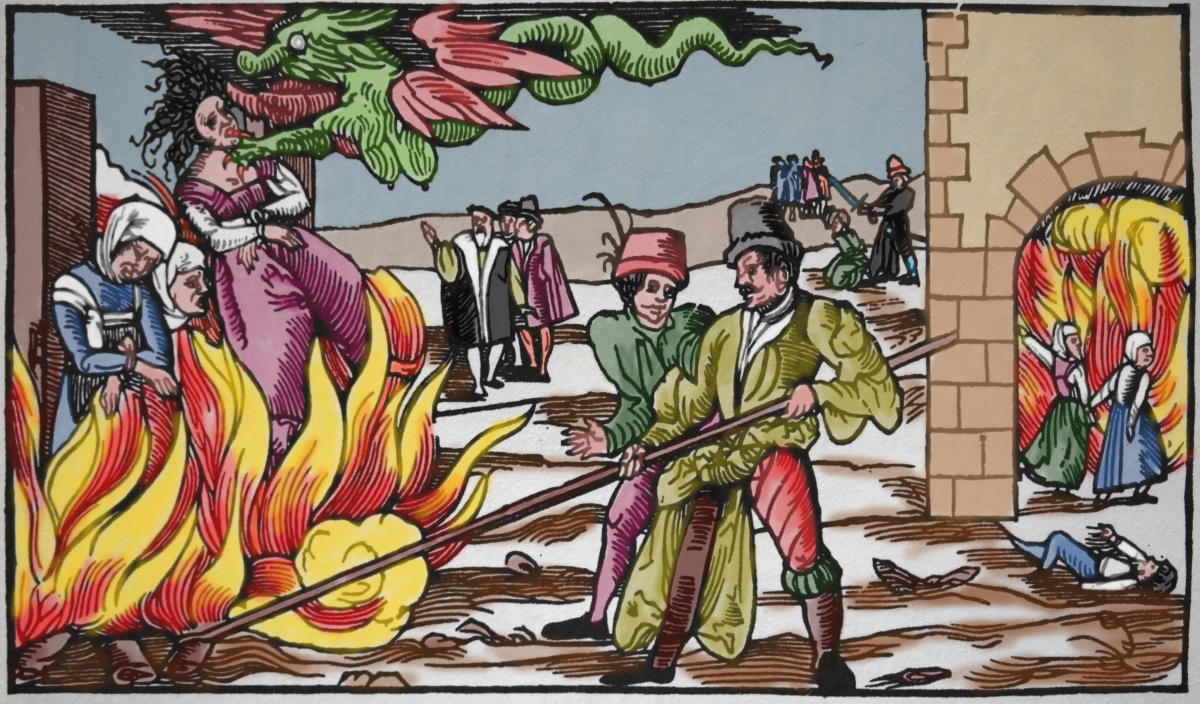 Why apologize for something you are not responsible for? Especially when no one is left alive who deserves an apology.

That was the first thought many doubtless had when reading that the first minister of Scotland, Nicola Sturgeon, offered a formal apology to those who had been accused of witchcraft between the 16th and 18th centuries and were subsequently executed. The apology was issued on International Woman's Day, this past March 8. Sturgeon said she was taking the occasion to acknowledge an "egregious historic injustice." 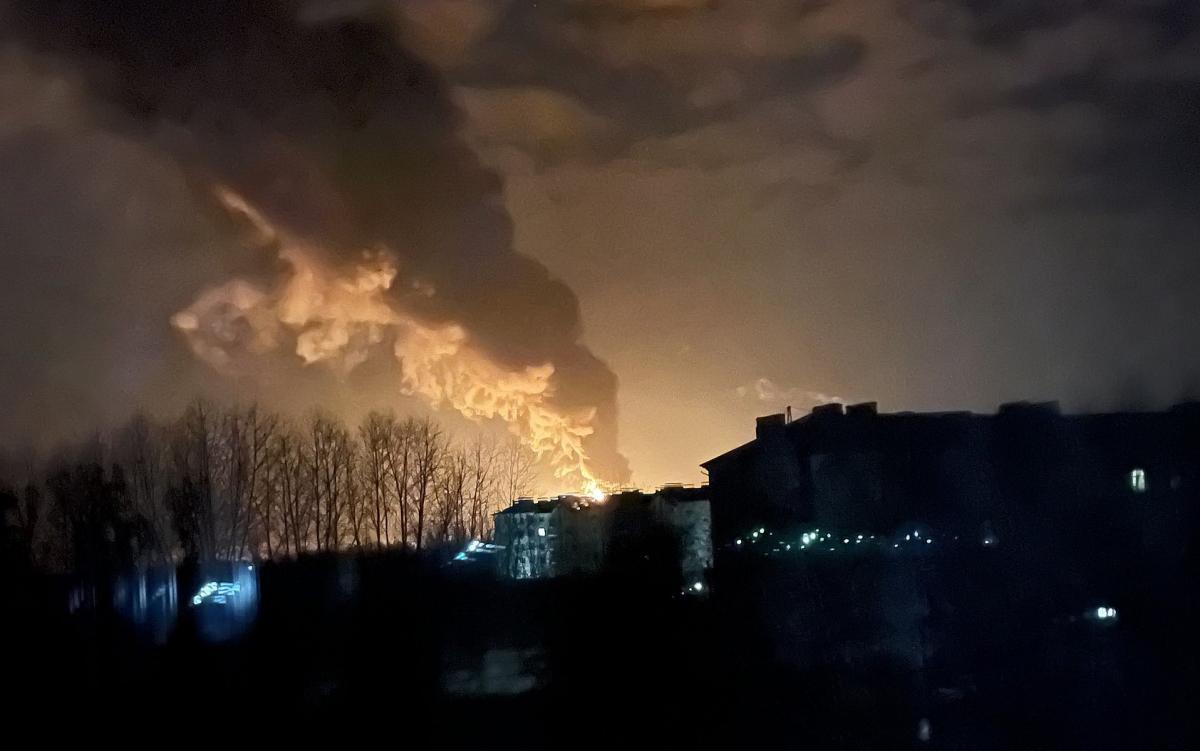 The Russian invasion of Ukraine has entered its third month. The suffering of Ukrainian civilians has been awful and the prosecutor at the International Criminal Court (ICC) is satisfied that there are "reasonable grounds" to believe war crimes have been committed. Media attention has, quite rightly, focused on the plight of those individuals caught up in the carnage—many of whom have died in terrible circumstances. However, in the background, there is another victim of the invasion: the environment. This brief piece is intended to highlight instances of environmental destruction that have occurred in the context of the invasion and to show that—despite the rigorous tests that apply—these too might qualify as war crimes.

ECHOES OF SYRIA, AS PUTIN BOMBS HOSPITALS IN UKRAINE 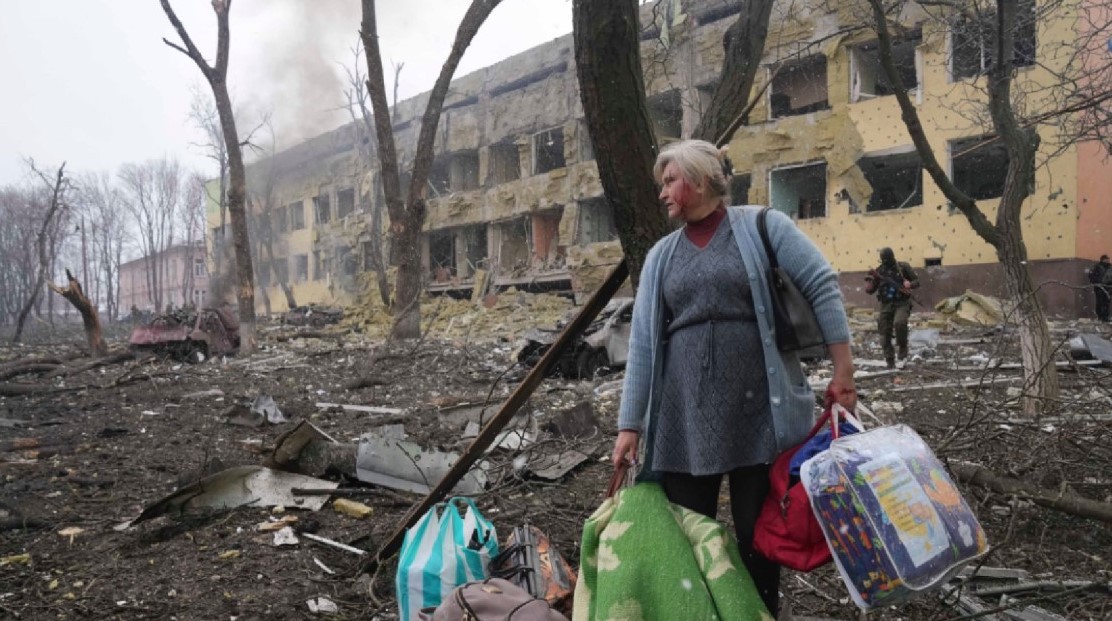 Many Syrians are experiencing heart-wrenching flashbacks as we watch the mounting devastation in Ukraine and the millions of refugees fleeing. As a Syrian physician who provided medical care amid the war in my country, it's especially painful when clinics or hospitals are bombed.

I'm haunted by the escalating attacks on healthcare facilities in Ukraine, which leave me feeling that I have been here before.

Since the Syrian conflict began in March 2011, my colleagues at Physicians for Human Rights have documented 601 attacks on 400 healthcare facilities there. In Ukraine, it's happening again: At least 119 attacks on health facilities, workers, and transports like ambulances have reportedly been perpetrated since Russia's invasion began in late February, according to the World Health Organization.

Even after 11 years of such attacks on healthcare targets in Syria, no perpetrator has been held accountable for these crimes.

THE CRIMEAN CLAUSE OF THE UKRAINE QUESTION 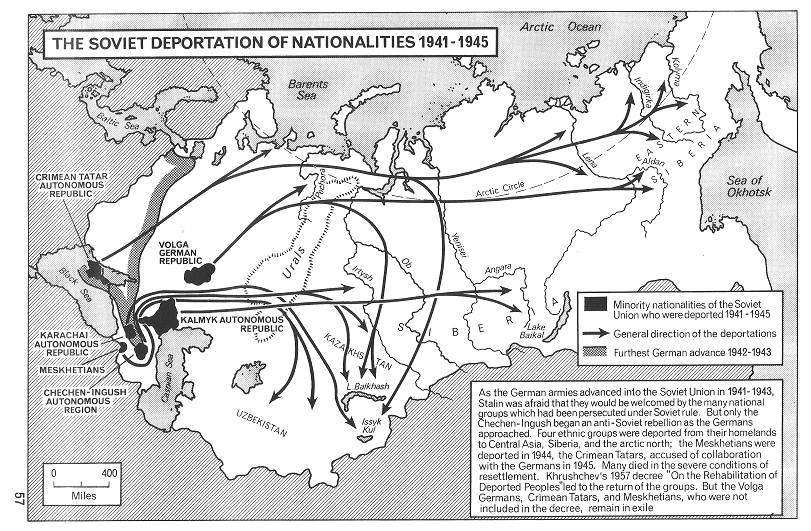 The current Russian-Ukrainian war started eight years ago with the Russian annexation of Ukraine's Crimean Peninsula, which fell with hardly a shot fired, and largely without notice in the world at large.

The most important thing to understand about Crimea is that it is indigenous land, and that the Crimean Tatars are its people. The Crimean Tatars overwhelmingly favor Kyiv over Moscow, but a large majority of the peninsula's population has been Russian since 1944. Under the latest Russian occupation, the Tatars have once again become a terrorized minority, and their language and culture are now being threatened by the current policy of Russification.