END_OF_DOCUMENT_TOKEN_TO_BE_REPLACED

LOOKING FOR GANDHIS IN MEXICO 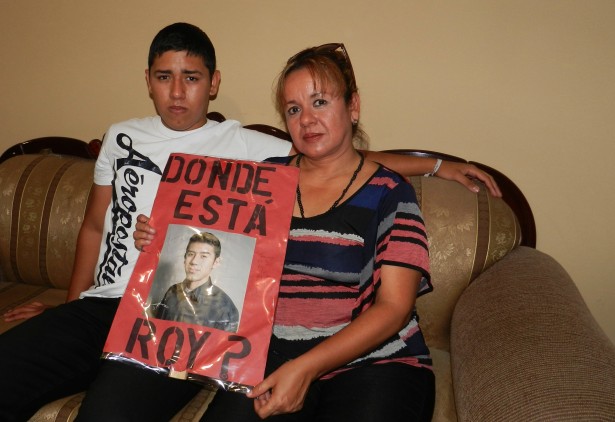 New president, new ministers, new strategies. Same bloodshed. It has never been more obvious that the current approach to reducing Mexico's drug-related violence does not work.

Many of the Mexicans who voted for President Enrique Peña Nieto last year hoped he would fulfill his campaign promise to slow the carnage that has killed tens of thousands of people over the past six years. Not long after he took power, though, gunmen gang-raped six female tourists from Spain, more than a dozen members of a popular band were found dead and a police chief in a border city disappeared. Last month, a shooting killed seven people at a Cancún bar and two federal police officers were fatally shot on the border in Ciudad Juárez.

Human rights groups, pundits and citizens are already criticizing the new government’s approach to security and corruption, and some are wondering if it even has a concrete plan. It's not much different from the criticism I heard about former President Felipe Calderón's strategy when I was based in Mexico during his term.

With Peña Nieto, the disapproval may be premature after only three months, and the president implied as much when he said it would be best to measure progress in a year's time. But critics are missing the point anyway. It's true that the authorities are responsible for strengthening the justice system and reducing impunity and corruption, and it's good to hold them accountable. Yet they don't hold the key to ending the violence; the people do.

There's a seldom-told story in this conflict: Ordinary Mexicans are responding with tremendous acts of bravery. While armed citizen groups in Guerrero state have recently garnered headlines by policing themselves and arresting suspected criminals they claim the authorities failed to detain, those efforts have yet to stem the violence. Instead, it's the overlooked nonviolent efforts cropping up in some areas of the country that provide the most hope. The tentacles of organized crime run so deep in the population and so many people participate in it—sometimes even unintentionally—that change from the ground up may be the only solution.

There are many instances of this. Benjamin and Julian LeBarón of Chihuahua state, for example, refused to pay a $1 million ransom after their teenage brother was kidnapped in 2009, and led protests against the kidnapping in the state capital. The move was remarkable because most people wouldn’t dare take a public stand against kidnappers for fear of retribution. But the bold move worked; they pressured the criminals into letting their brother go home. Benjamin was subsequently killed, apparently out of retribution, but Julian continues to work for peace across the country.

"You can never solve the problem of violence with government and legislation," Julian LeBarón told me in an interview. "We've been trying to unite the people to solve their own issues in a nonviolent manner."

On a recent reporting trip to the city of Monterrey, I found many more examples of courage in the face of violence. I met 18-year-old Richie Rivera, who watched a dozen hooded, armed men kidnap his brother Roy two years ago. Rather than sitting back and blaming the authorities after a ransom they paid was never honored, Richie and his mother conducted their own investigation and scoured the morgue. His bravest act has been to go public with the story, holding signs in public squares and giving speeches to hundreds of people, even while his actions could incite the kidnappers to take revenge on him. Rivera says he never found out who the kidnappers were because the authorities didn't conduct a thorough investigation, but they seemed only to be after money because they stole everything of value from the house. They also may have been connected with authorities because they were wearing jackets with the name of a local police force.

"We're always afraid to be talking about this. I got afraid just now," Richie told me. "But the love we have for my brother is much greater than the fear of talking about the case."

Influential voices are encouraging acts of civil resistance too. Economist and activist Emiliano Salinas, the son of former president Carlos Salinas de Gortari, has made waves across the country by arguing that the denial and apathy of ordinary citizens is helping fuel the violence. He leads the Mexico City-based civil society group Inlak'ech, which was founded in 2008 by New York-based scientist Keith Raniere, who mentors several leaders of Mexico’s nonviolence movement. The group teaches citizen tactics to help lessen fear in the population, take back public spaces from criminals, and unite communities against their actions.

The movement is currently working in several communities in Mexico City, Monterrey and Chihuahua state. Some of their tactics include developing community leaders and protesting government action. In one community, activists taught residents to carry whistles with them at all times. When one member of the community is assaulted, all residents blow their whistles, creating an alarm system against the criminal. Dozens of community members then come out to defend the victim, overwhelming the criminals and scaring them away. It puts a stop to the violent action, and it's done without guns.

"Whatever they do to you, there's a network of neighbors that will come out to defend you," says Inlak’ech leader Enrique Martin Moreno. "That helps to lower the level of fear and build humanity. There’s been a big change in the community."

The Inlak'ech movement, which LeBarón is also a part of, is drawing interest from US filmmakers. The documentary Encender el Corazon, or Ignite the Heart, directed by US-based filmmaker Mark Vicente and due out later this year, follows Benjamin LeBarón before he was killed in 2009 and also advocates for nonviolent resistance.

Some take offense to this approach, arguing that regular people are innocent victims of the conflict and shouldn’t have to participate in a solution. Astonishingly, a director of a Mexican NGO told me it wasn't wise to praise individual heroism too much because it distracted us from the government's obligation to do more.

For its part, the media often focuses on how bloody and atrocious the conflict is, which doesn't help. Many Mexican media outlets face so many threats that they seem to be just trying to survive. In fact, one editor at a prominent newspaper told me he couldn't remember any stories of personal bravery. Meanwhile, I had already found several in my first day of reporting.

It's true, the government does play an important role and should use citizens' tax dollars to build corruption-free institutions. It should also strengthen educational systems and foster economic opportunity so that youth aren’t so enticed by organized crime. But civil society has been beating officials over the head with this argument for years, and not much has changed. Perhaps if more citizens began acknowledging their own responsibility in the crisis, they may begin to perceive new options for solving the violence that are hard to see while they’re so focused on blaming the authorities.

There may be resistance to this idea because it's not easy to embrace Julian LeBarón's assertion that "we have all participated in the extermination of our compatriots." It’s not comfortable to engage in peaceful activism, or to refuse to pay a kidnapping ransom. Likewise, it's not easy for Americans to accept the role their drug consumption plays in fueling the violence.

But great historical figures who engendered major social change at the grassroots level weren't admirable because they sat back demanding the authorities fix problems for them. Instead, they embraced their responsibility and took action. The Mexico conflict is no different.

"Today in Mexico, we're looking for Gandhis," Salinas said in a well-known TED talk released in 2011. "We need men and women who love Mexico and who are willing to take action."