END_OF_DOCUMENT_TOKEN_TO_BE_REPLACED

On May 7, thousands filled the streets of Lima, as notables and activists from across the spectrum of Peru's political left joined the funeral march for Javier Diez Canseco, longtime leader of the progressive bloc in the country's Congress and veteran of generations of struggle, who died of a sudden cancer three days before at the age of 65. Three rallies were held as the procession made its way through the capital's central district, each swelling the ranks of the mourners: congressional deputies at Plaza Bolívar, outside the Congress building; popular organizations at Plaza Dos de Mayo, overlooked by the offices of the CGTP labor federation; and leftist political parties at Plaza Bolognesi. Many expressed a sense that Peru's progressive forces have been left adrift without their most respected figure.

Although born into one of Peru's elite families, Diez Canseco, who suffered from polio in his childhood, joined the student protest movement in the 1970s, and enlisted in the Hermanos de Foucault religious order—not because he was a believer, but to participate in their work in support of the poor. He later became involved with the Vanguardia Revolucionaria, a civil organization that emerged from Peru's armed left in the 1960s. In 1978, he was deported with 12 other militants by Peru's dictator Francisco Morales Bermúdez to Argentina, then under the even more brutal right-wing dictatorship of Jorge Videla. The deportation was part of "Operation Condor," under which South America's military rulers coordinated to track and eliminate leftist dissidents.

The following year, popular pressure resulted in Peru's democratic opening, and Diez Canseco returned from exile to help draft the new constitution. He successfully pushed for provisions eliminating the literacy requirement for voting, long used to deny Peru's campesino majority the franchise. In 1984, he founded both the Unified Mariateguist Party (PUM) with Hugo Blanco, and the Pro-Human Rights Association (APRODEH) with Francisco Soberón. The PUM joined the United Left bloc for the 1985 elections, and Diez Canseco became a senator representing Lima.

In 1990, he was elected to a second term, but his congressional investigations into official corruption were cut short by President Alberto Fujimori's auto-golpe in 1992. Diez Canseco protested the dissolving of Congress and led demands for a restoration of democracy. Even before the auto-golpe, Diez Canseco was targeted by the security forces. In November 1990, shortly after his re-election, a planted dynamite blast damaged his home, by mere luck not harming him or his family, in what was a clear assassination attempt. Authorities blamed the Shining Path guerillas, but official investigations years later determined it was the work of Fujimori's own notorious National Intelligence Service (SIN).

Diez Canseco refused to participate in the new constitutional convention that Fujimori called to legitimize his authoritarian rule in 1993. He continued to be the target of relentless death threats for his intransigence; in one instance, a floral wreath with the words "In memory" was sent to the offices of APRODEH—a favorite trick of shadowy forces in Peru. It was signed by the Colina Group, a notorious death squad.

In 1996, Diez Canseco was one of the hostages taken when the Tupac Amaru Revolutionary Movement (MRTA) seized the residence of the Japanese ambassador in Lima. He was among the first freed, after only a few days, and subsequently became a voice demanding that the government dialogue with the guerillas—to no avail. (After 126 days, the stand-off ended in a massacre.)

Baited by fujimoristas in Congress as a "terrorist," Diez Canseco was a leader of the June 2000 March of the Four Suyos, a cross-country mobilization to protest Fujimori's attempt to run for a third term, in violation of his own new constitution. The controversy contributed to the collapse of the Fujimori regime that year, and a new democratic opening. Diez Canseco returned to Congress in 2001, and aggressively pushed for investigation of Fujimori-era corruption and abuses—ultimately resulting in several former political figures going to prison.

Diez Canseco formed the Peru Socialist Party and ran for president as its candidate in 2006, although showing poorly in the vote. In Congress, he was a leading voice against Peru's Free Trade Agreement with the United States, which took effect in 2009. He continued to oppose attempts at historical revisionism over the Fujimori era, as well as controversial mega-mining schemes promoted by the post-Fujimori governments. In 2012, the ruling bloc in Congress under President Ollanta Humala, after much debate, joined with the right-wing opposition to vote to censure Diez Canseco on ill-defined corruption charges, which were assailed by his supporters as trumped up. He was appealing the censure to Poder Judicial, Peru's justice department, at the time of his death. (Nosotros Peru, June; La Primera, May 8; Prensa Indígena, May 5; World War 4 Report on the scene in Lima) 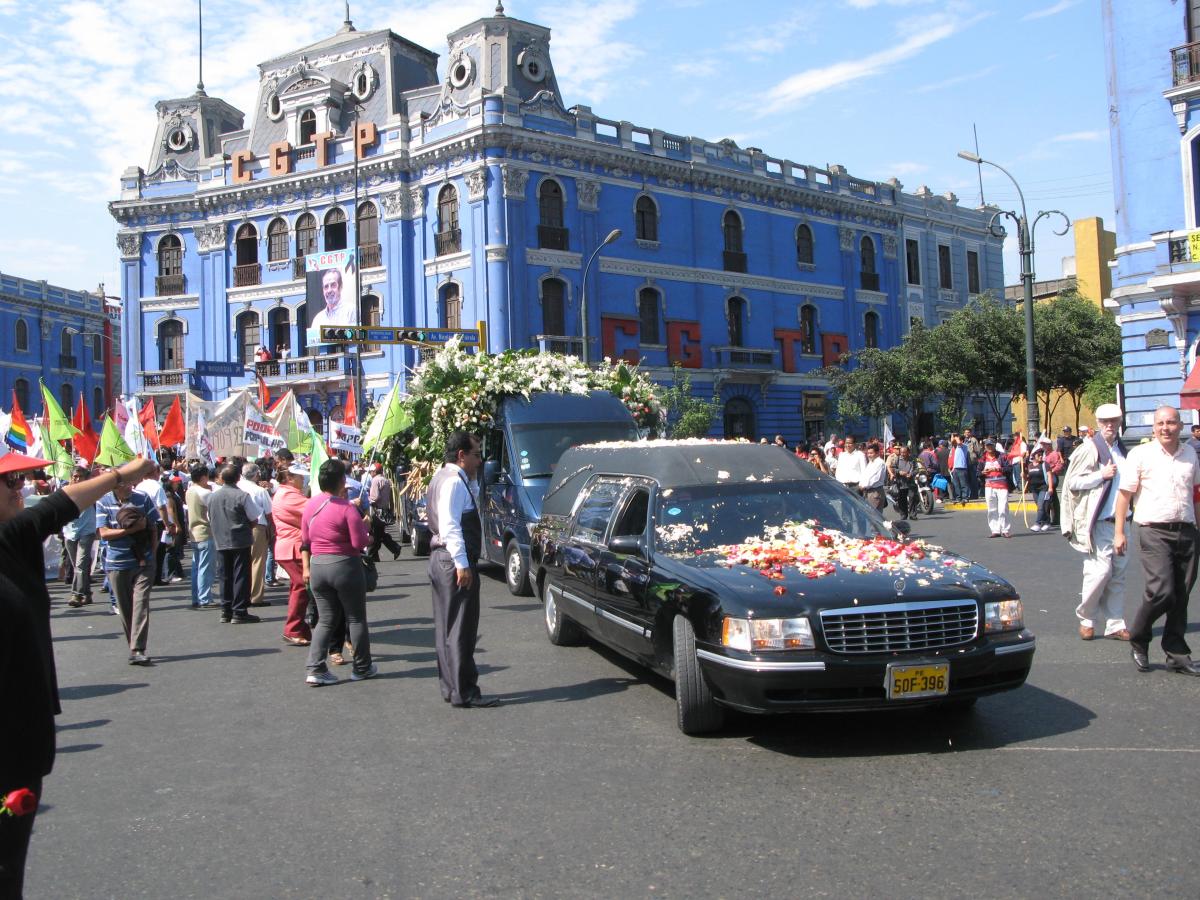