END_OF_DOCUMENT_TOKEN_TO_BE_REPLACED

Key to Ending the War 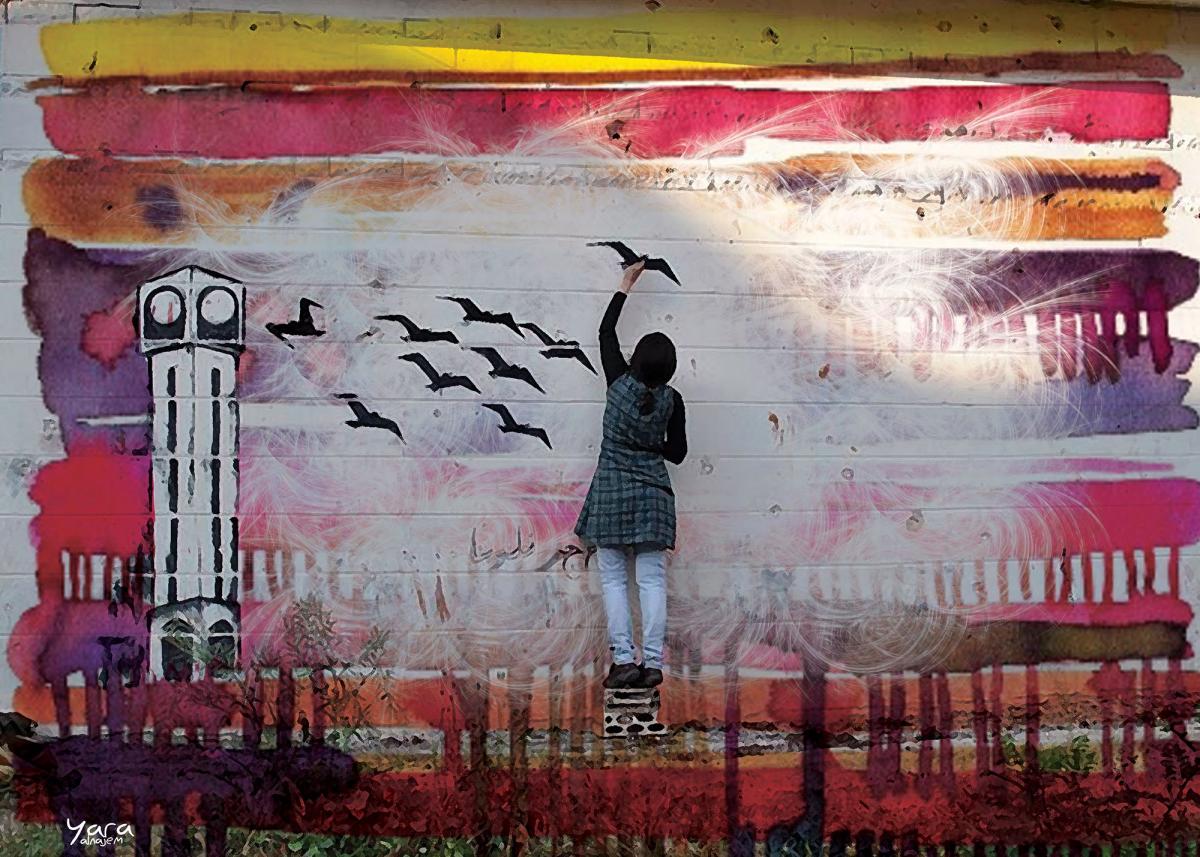 Debates over the morality, legality and strategic efficacy of US missile strikes in Syria will dominate the news for the foreseeable future. It is understandable why so many people, notably many Syrians, would want to see a regime that has repeatedly targeted its population with sarin and chlorine gas, barrel bombs and starvation tactics, be punished for its actions. The Syrians I know feel alone and abandoned by the world. They have seen the United States and its Western and Arab allies undertake massive diplomatic and military action targeting the so-called Islamic State, or ISIS, while regime-sponsored violence has been responsible for a vast majority of the close to 500,000 civilian deaths in Syria since 2011.

No matter where one stands on the issue of military intervention—and there are legitimate reasons to doubt the effectiveness of air power to deter or erode Assad's killing machine—it should be possible to agree on one thing: There will be no end to the civil war in Syria without the sustained and active participation of Syrian activists, peacebuilders and humanitarians inside the country, in the surrounding region, and dispersed in the diaspora.

These individuals and groups, operating under the most difficult conditions imaginable, are building and sustaining health and education systems, protecting civilians from violence and extremism coming from multiple sides, organizing to increase community participation in the peace process, and trying to imagine and piece together an alternative future. They include groups like the White Helmets, the Violations Documentation Center, the Karam Foundation, Citizens for Syria, Syria Deeply, Project Amal ou Salam, the Center for Civil Society and Democracy in Syria, the Syrian Civil Society Platform, Raqqa is Being Slaughtered Silently, Khadraa Organization, Syrian Expatriate Medical Association, Violet Organization, the Syrian Emergency Task Force and Women Now for Development. These organizations are building the resilience, social capital and civic infrastructure upon which a future peace will rest.

Six years into a civil war whose humanitarian and geo-political consequences have been devastating, it is easy to forget that the Syrian revolution began nonviolently. In March 2011, after a group of kids in Dera'a province (close to the Jordanian border) painted graffiti calling for the fall of the Assad regime, the local police tortured them and abused their families. In response, protests broke out in Dera'a and across the country. More moderate calls to end regime impunity and corruption quickly gave way to demands that the regime step down.

Inspired by the Arab Spring uprisings in Tunisia and Egypt, Syrians were eager to free themselves of the shackles of Assad family dictatorship. The first eight months of the revolution were dominated by massive rallies, celebratory dance protests in the streets, puppet shows that dramatized the corruption and repression of the regime, sit-ins led by lawyers and students, and red dye applied to fountains to dramatize the blood shed by the Assad regime—these were staples of the nonviolent resistance. During this phase of the struggle, although the majority of protesters were Sunni, members of minority groups, including Christians, Kurds, Druze and Alawites (an off-shoot of Shi'ism and the sect of the ruling Assad family) protested in disproportionately high numbers.

A decentralized network of Local Coordination Committees quickly took root inside Syria and took the lead in organizing the protests and demonstrations. Later, local councils were established and focused on civilian representation and service provision. Eventually, as regime violence escalated and the opposition increasingly turned to armed resistance, forming the Free Syrian Army and other militant factions, the civilian structures focused increasingly on local administration and humanitarian operations.

There have been multiple analyses of why the nonviolent resistance in Syria failed to achieve its ultimate goal—the removal of the Assad regime—before the onset of civil war. Although historically nonviolent campaigns have been twice as effective against violent campaigns in removing central governments, Syria was a tough test case for nonviolent resistance. The Assad family had ruled with an iron fist for decades; Syrian civil society was painfully weak when the revolution began in 2011, with few or no truly independent civic organizations (including no independent trade or labor unions); Syrian security forces were highly sectarianized; and the region was in the throes of a Sunni-Shia power struggle.

Ultimately, time was not on the side of the civil resistance. Data show that the average nonviolent campaign takes about three years to run its course. In Syria, the nonviolent resistance had less than a year before a combination of brutal regime violence, and a turn to armed insurgency by opposition elements, resulted in a massive escalation of violence and a spike in civilian deaths. There was simply not enough time to build trust between opposition groups, learn from mistakes, build a resilient organizational base, and peel key groups—like the Sunni business elite—away from the regime.

Syrian nonviolent activists acknowledged weaknesses in planning a longer-term strategy (beyond a few weeks or months) of resistance and in uniting around goals and leaders. External governments and other donors, meanwhile, both grossly underestimated the strength of the Assad regime (influential policymakers thought the regime would fall in a matter of months) and their support to the nonviolent opposition was woefully slow and inadequate.

Once the violence intensified, minority sects' participation in the resistance dropped significantly, while the Assad regime's propaganda machine portrayed the resistance as foreign-backed Sunni terrorists. Eventually, terrorist groups like al-Qaeda, Nusra Front and ISIS filled the political vacuum in rebel-held areas, and the nonviolent Syrian activists were forced to resist violence and extremism from both the regime and armed opposition groups.

It is hard to be optimistic about the situation in Syria. The average civil war since 1945 has lasted 10 years. It is possible that the war in Syria, which has morphed into a regional and global proxy war, will go on for longer. The civil war literature cites the importance of a mutually hurting stalemate—when none of the conflict parties thinks it can win without incurring excessive losses, and all sides are suffering from a continuation of fighting—to their successful termination.

In the case of Syria, it is difficult to imagine the civil war ending without a regional agreement involving those countries—Iran, Saudi Arabia, Turkey, United Arab Emirates and Qatar—which are backing various factions in the civil war. Then, alas, there is the necessary buy-in from Russia and the United States. Peace agreements, when they are reached, usually only take hold when guaranteed by peacekeeping boots on the ground. In the case of Syria, such a force will be challenging to assemble.

Still, civil wars always end, whether in Northern Ireland, the Balkans, Liberia, Guatemala, Mozambique or, most recently, in Colombia. In each of these cases, a combination of war weariness and persistent civil society mobilization and pressure on state and non-state armed groups were critical ingredients in ending the armed conflict. Organized pressure by women and religious leaders, notably, helped accelerate the path to peace in each of those places. "Pray the Devil Back to Hell," a film about the role played by Liberian women in ending that country's civil war (through sustained nonviolent pressure and gutsy noncooperation with the status quo) has been seen by many Syrians.

I predict that similar dynamics will play out in Syria. For this reason, those nonviolent, Syrian-led organizations that are struggling to keep people alive at the same time that they build a counter-force to violence, tyranny and extremism deserve robust outside support. These groups are creating women-led "peace circles" inside Syria, reporting on atrocities committed by various armed factions, providing education and trauma healing for refugee children, challenging ISIS and other extremist groups, and planning the elements of an eventual transition.

The voices of these Syrian nonviolent fighters should be amplified in the media, their shoestring budgets should receive multi-year support, and they should feel international solidarity. Donors should focus greater attention on supporting Syrian-led community mobilization in places that are either under the control of, or threatened by, extremist groups. For example, in Idlib city, recent community-led nonviolent organizing has forced the withdrawal of the extremist group Jaish al-Islam. This is critical to weaken violent extremism's grip on local communities and offer Syrians an alternative. The efforts of these civic groups, combined with the diplomatic efforts of Syrians and international actors from across the political and ideological spectrum, will eventually bring the war to an end.

Maria J. Stephan is a senior policy fellow at the US Institute of Peace and a nonresident senior fellow at the Atlantic Council. She is the co-author of Why Civil Resistance Works: The Strategic Logic of Nonviolent Conflict. Formerly she served as director of policy and research at the International Center on Nonviolent Conflict and as an adjunct professor at Georgetown University and American University.

This story first appeared in April 21 on Nonviolent Resistance